... will travel you at some of its most beautiful, isolated and unpopulated areas 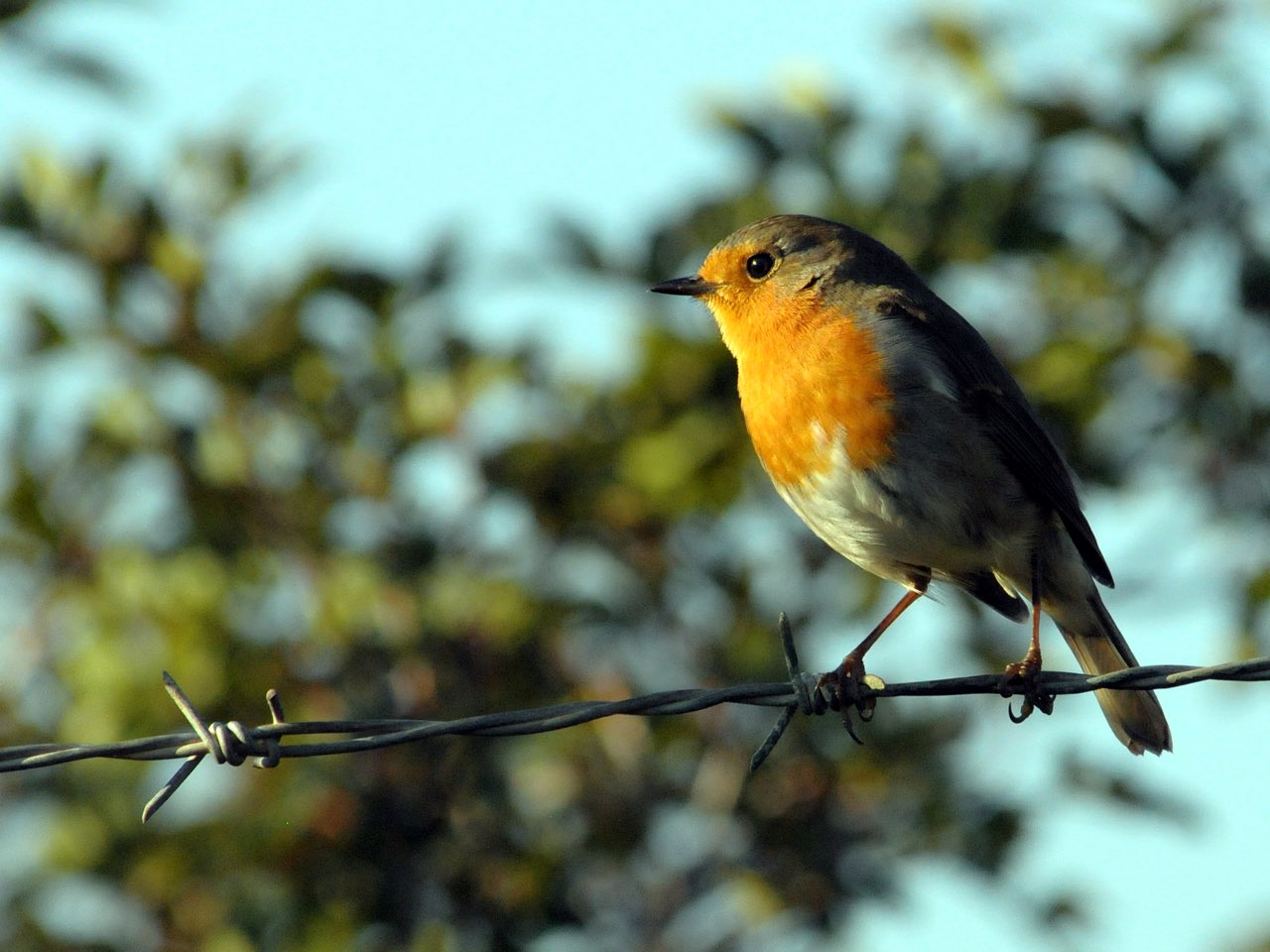 ... particularly when you are looking for birds such as eagles, vultures and falcons 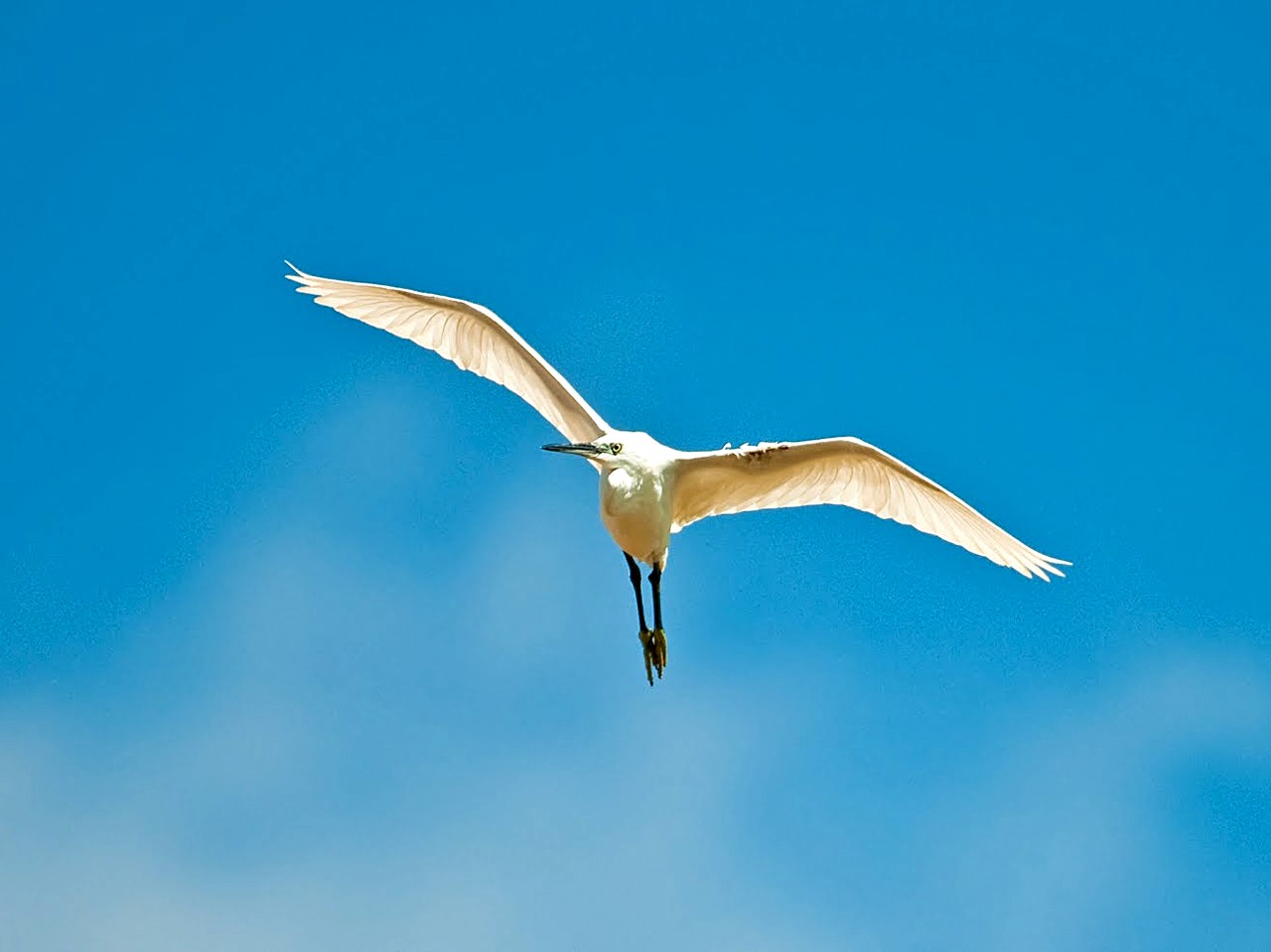 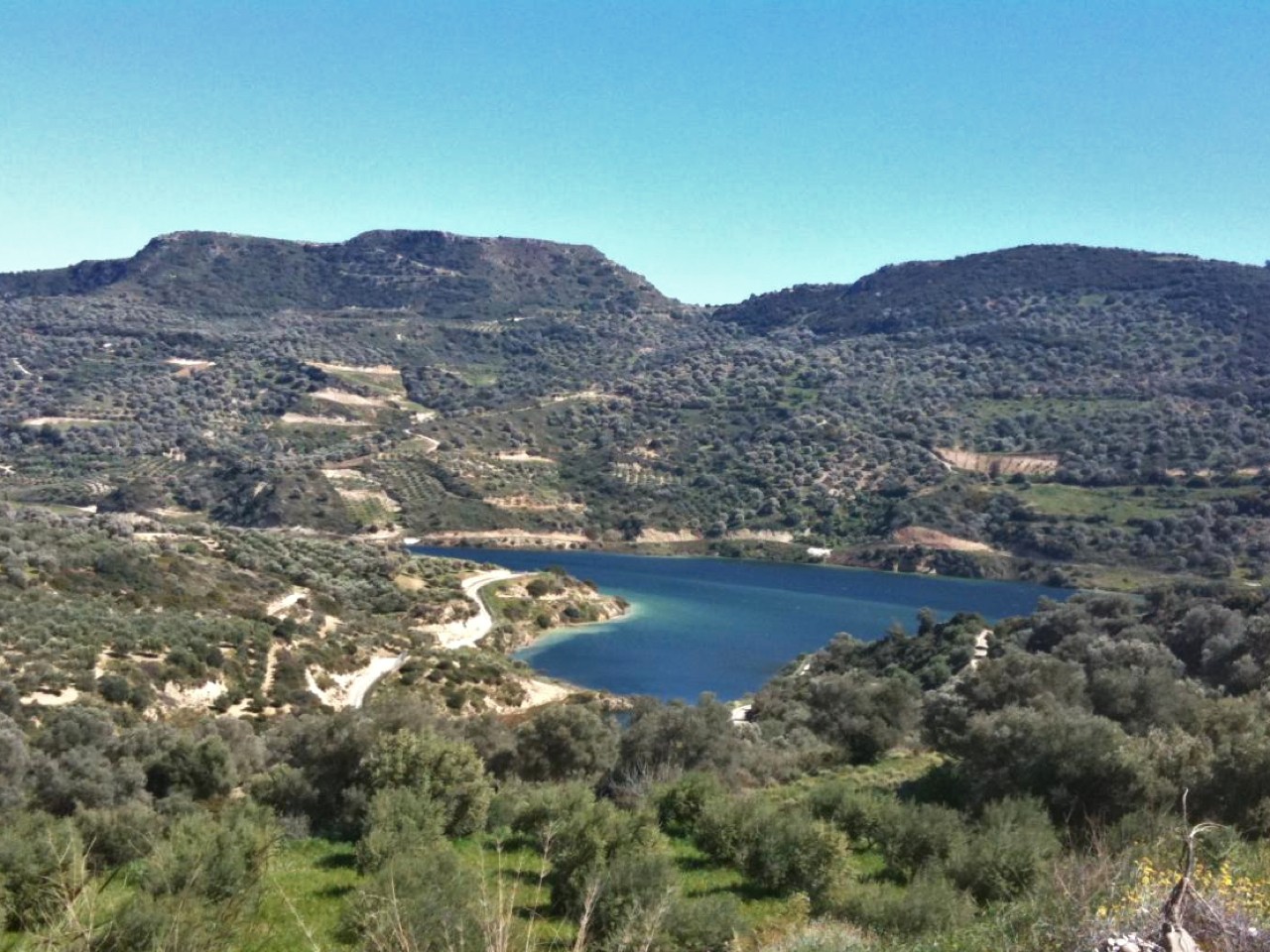 Faneromeli lake is a great spot for bird watching in Crete Nearby Plakias Village is the Kourtaliotiko gorge an excellent birding area with species as Jackdaw, Rock Dove, Blue Rock Thrush ... Platania Gorge at Amari Valley ...maybe one of the best posts for bird watching Moreover, more than 412 different bird species have been identified in Crete to date ... ... most migratory, thus birding in Crete is one of the most common activities 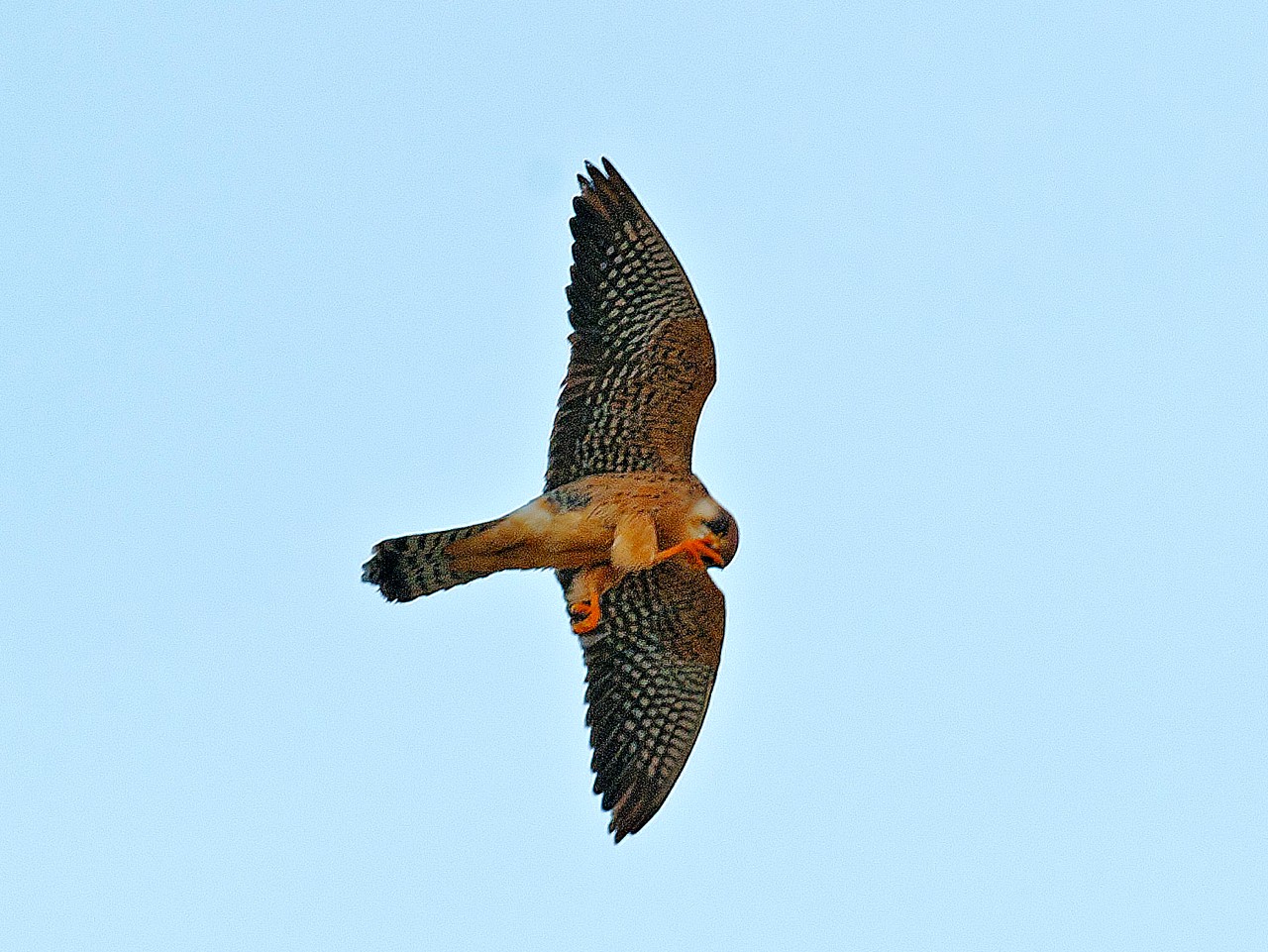 There are a few endemics that breed on the island

Birdwatching in Crete will travel you at some of its most beautiful, isolated and unpopulated areas, mountains, gorges, lakes particularly when you are looking for birds such as eagles, vultures and falcons.

It is true that lovely Crete has still a plentiful and wide variety of beautiful birds. Crete is located at the crossroads of three continents (Europe, Asia, Africa) therefore Crete hosts thousands of migratory and rare birds in its wetlands and other areas every year. Crete is one of the main flypast routes for species they wintered in East Africa, but breed in eastern and northern Europe.

They migrate every spring up the Nile Valley, and then move across the eastern Mediterranean, often in huge numbers. This happens from mid-March to mid-May, depending on the species and the weather. The return migration in autumn is less spectacular because it is less concentrated in time, but still worth watching out for.

Moreover, more than 412 different bird species have been identified in Crete to date, most migratory, thus birding in Crete is one of the most common activities. There are a few endemics that breed on the island.

The great thing about birdwatching in Crete is that, if you pick your time right, you can see both resident and migratory species.

The mountains of Crete, Idi, Lefka Ori, Dikti, Asterousia hold some of the most exciting birds. Smaller birds like the blue rock thrush, cirl hunting, and alpine chough are common, and there is a good chance of seeing large and dramatic birds of prey. One very rare species of vulture, the Lammergeier (or bearded vulture) is currently on the dramatically endangered list although it is more common in Crete than everywhere in Europe, maybe you will be lucky to see one of the island's three remaining birds soaring above the Lasithi or Omalos plateau.

The diversity of habitats and the richness of the environment on Crete for bird-life, results in an impressive species list and many unexpected surprises, especially during Spring and Autumn migrations. It is well worth coming on holiday in Crete to see and enjoy these beautiful birds.

Bird watching in Crete attracts many fans, guests every year, so during your next trip to Cree don't forget to bring with you all the necessary supplies - travel cases, binoculars, or other items.

Maybe Chania is the area in Crete with the most beautiful species of birds.

Lake Kournas, is the only natural freshwater lake in Crete.  Species at Lake Kournas include Black-necked Grebe, several species of ducks, warblers in the surrounding scrub.

The well known Gramvousa Islet, off Balos Beach is a breeding area for several bird species.

Frangocastello coastal strip by the Venetian fort is good for migrants such as Wryneck and Black-eared wheatear. The adjacent plain has low scrub, good for spectacled warblers.

Gavdos Island and Little Gavdos (Gavdopoula Island), off the coast of south Crete, are important for shore and migratory birds. Accessed from south coast port towns such as Chora Sfakion.

The White Mountains (Lefka Ori) including gorges such as Agia Irini Gorge and Samaria Gorge are a large mountain range with excellent remote and isolated habitats ideal for raptors such as eagles, vultures and buzzards.

In south-western Crete, Mount Koutroulis, Mount Agios Dikaios, and the Modia Plateau are important biotopes for the rare Bearded Vulture.

Rethymnon region is proud for the highest mountain in Crete, Psiloritis or Idi Mountain that provide an ideal habitat for many raptors and alpine species including Bearded Vultures (Gypaetus barbatus) and Golden Eagles (Aquila chrysaetos).

Other good places in order to enjoy beautiful birds of Crete are Megalopotamos and Kedros foothills and the Potami Dam reservoir just south of Rethymno which is a new large sweetwater lake which was only completed in late 2008 but which is already proving very popular with a variety of Herons and other waterfowl. Species already include Grey Heron; Squacco Heron; Coots. Every year new species of birds are attracting at this beautiful spot.

The mountainous area around the palm beach of Preveli is another excellent birding location in Rethymnon. Especially around the Preveli Monastery there is a great variety of migrants as Nightingales, Turtle Doves, Golden Orioles, Flycatchers, Ortolan Buntings, and Ruppell`s Warbler.

At Geropotamos you can see Reed Warblers and at Pertres River Little Bittern, Squacco Heron, and Griffon Vulture.

The most well-known places are Zaros Village and especially around Votamos Lake and Rouvas Gorge, Thrapsano Lake nearby the village, Aposelemis River, Gouves Lagoons.

Most visited places for birdwatching in east lovely Crete are :

The beautiful Zakros Gorge and natural areas around Kato Zakros make for good walking and bird watching in eastern Crete and the lagoon behind Chiona beach is good site for observing waterfowl.

For your accommodation and more activities in Crete, visit www.cretetravel.com

And probably you need to rent a car.

The reviews for the Bird Watching in Crete Come and enjoy a tour and wine tasting.. Botanical Park of Crete in Chania is..