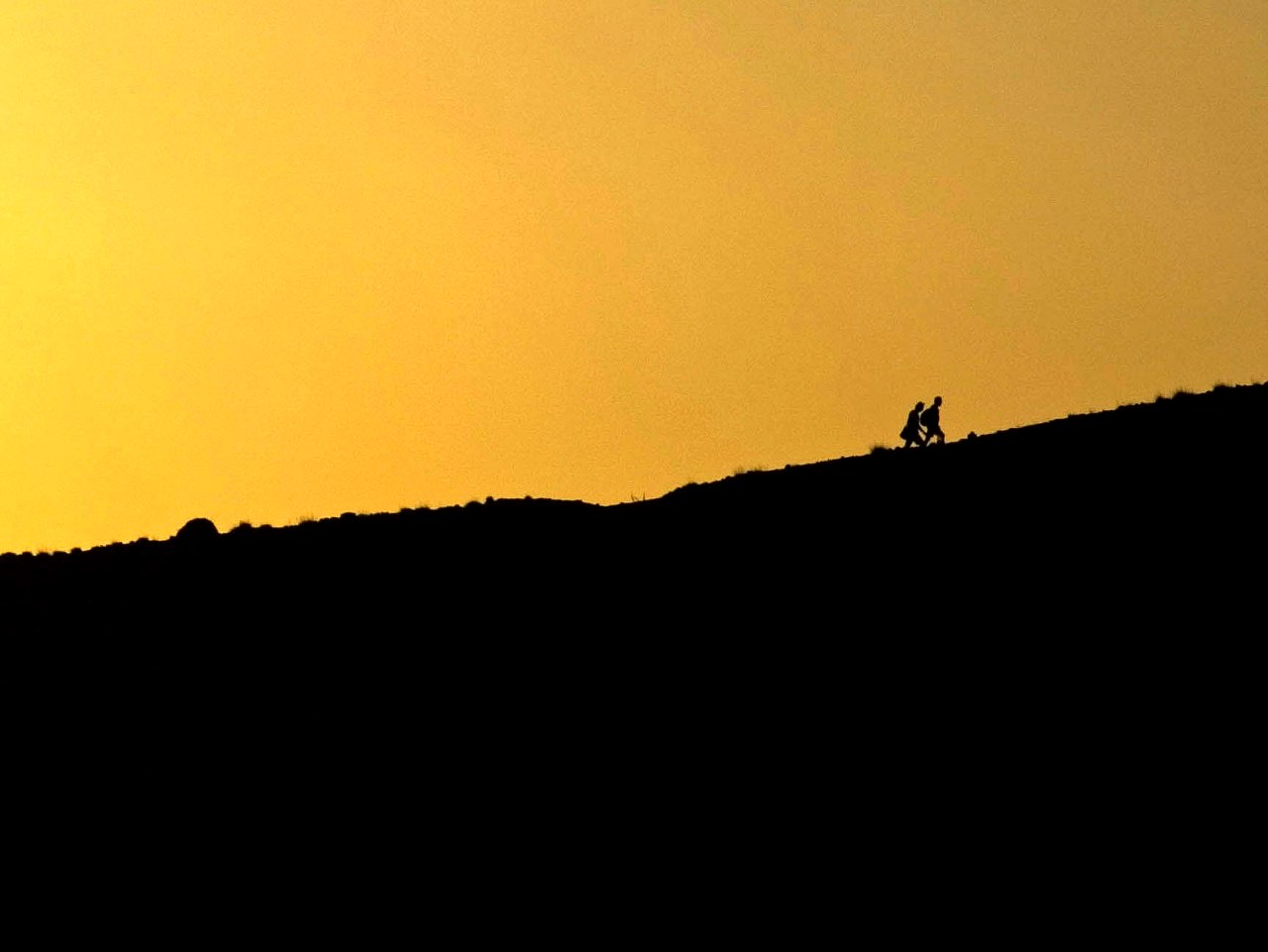 Trekking In The Highlands Of Psiloritis Natural Park - Geopark of Unesco 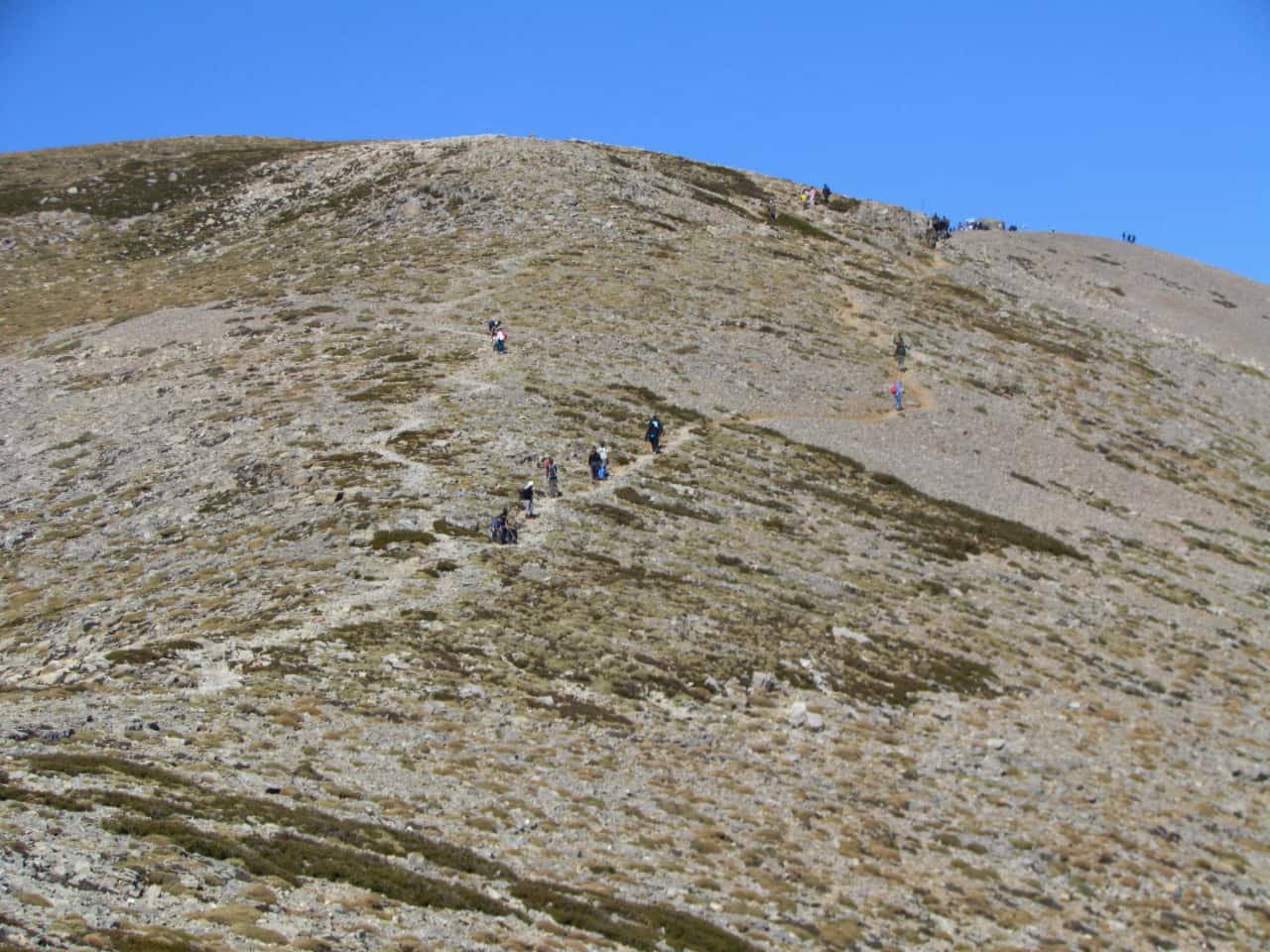 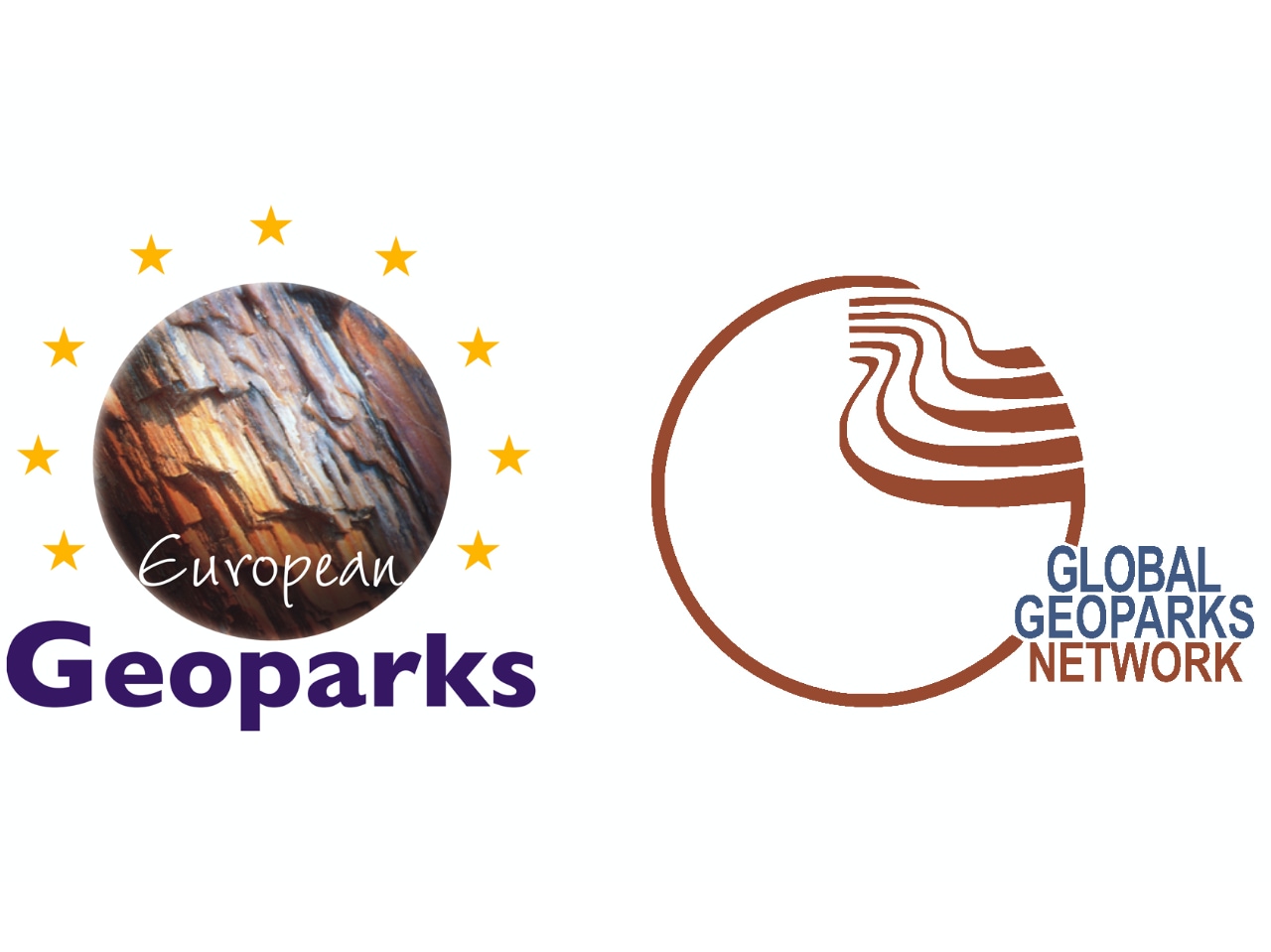 This is a fascinating trekking tour in the highlands of Psiloritis Natural Park - Geopark of UNESCO. 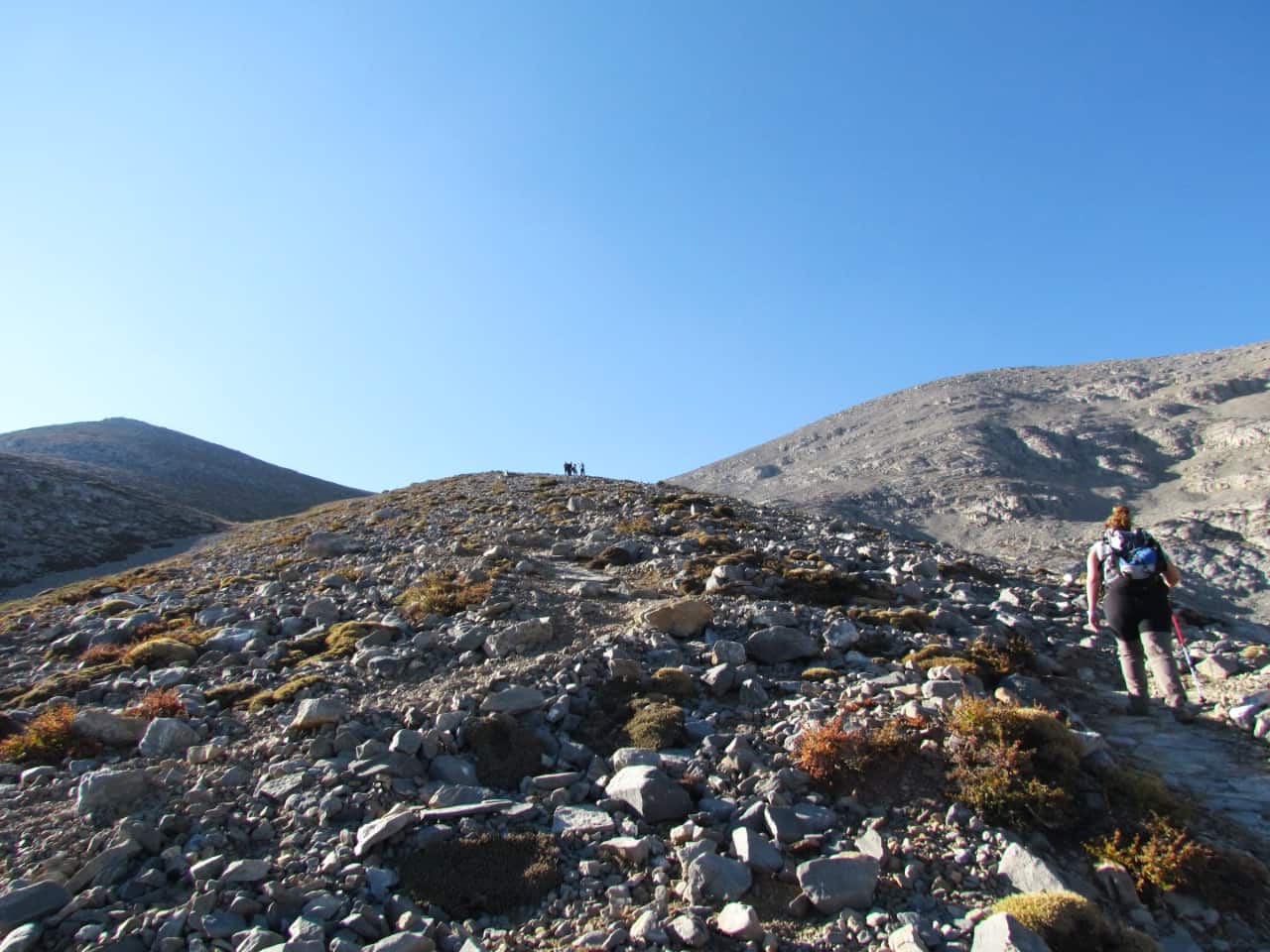 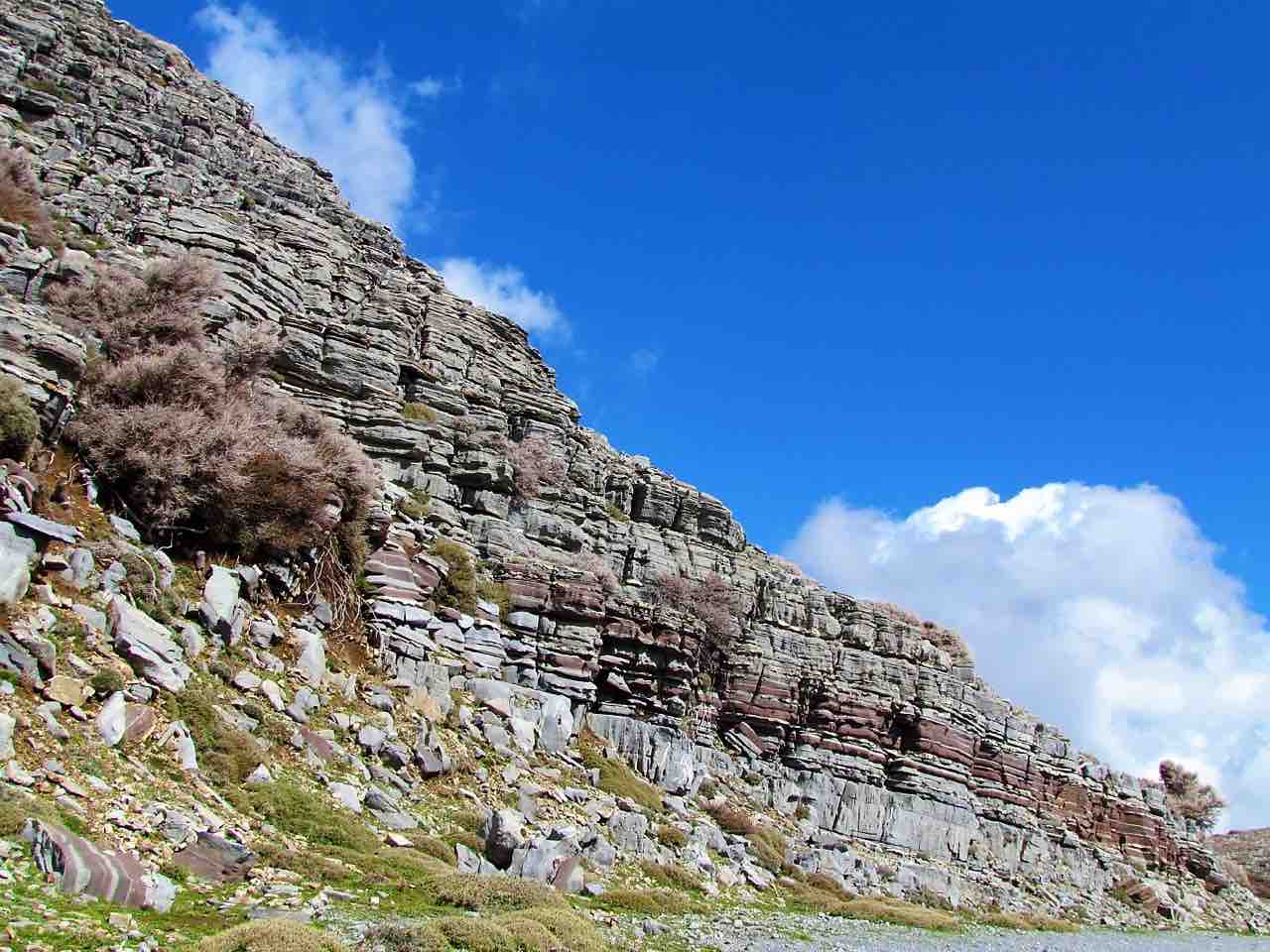 Due to its rich geodiversity, its beautiful scenery ... 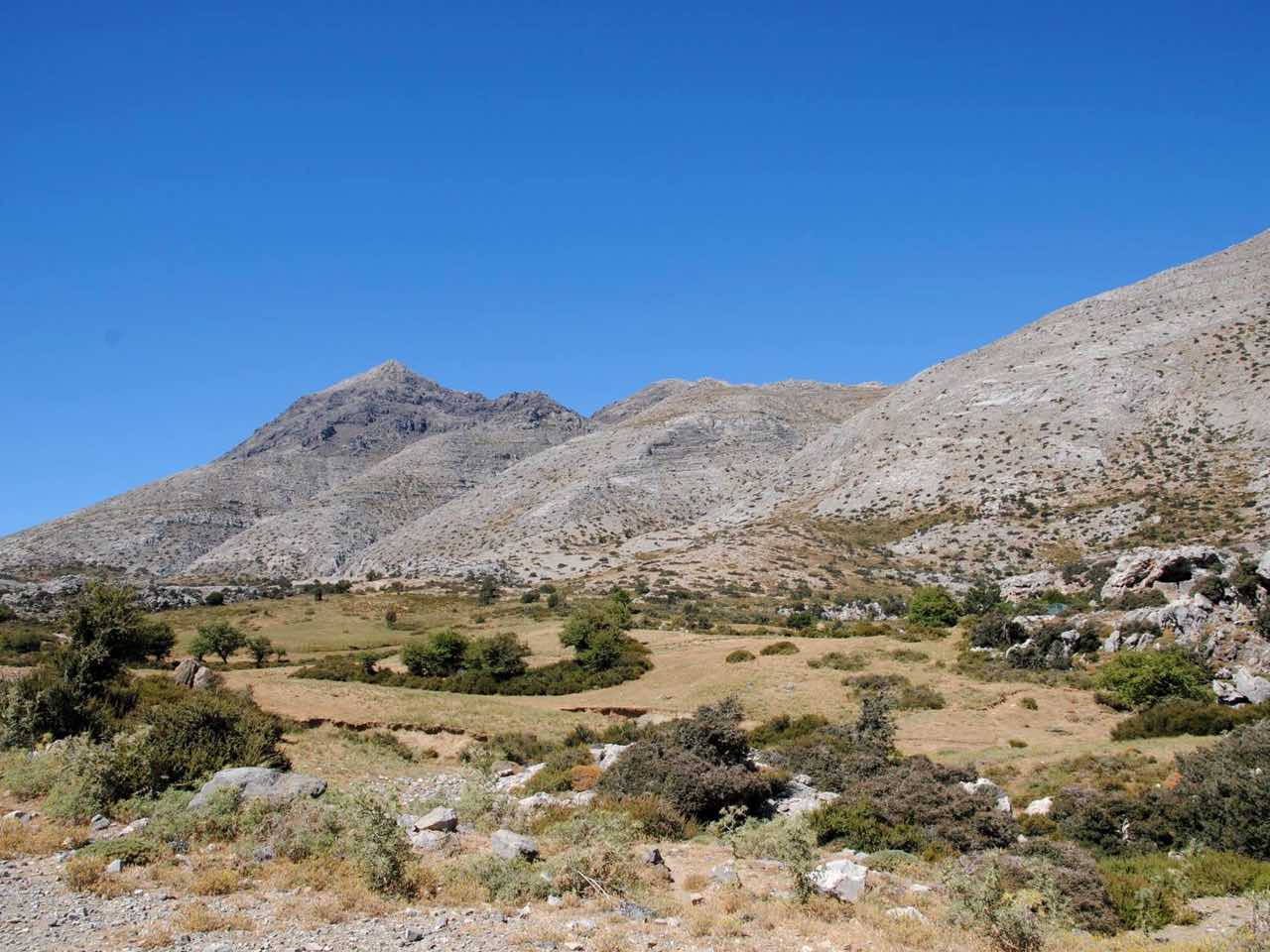 ... and its history and tradition 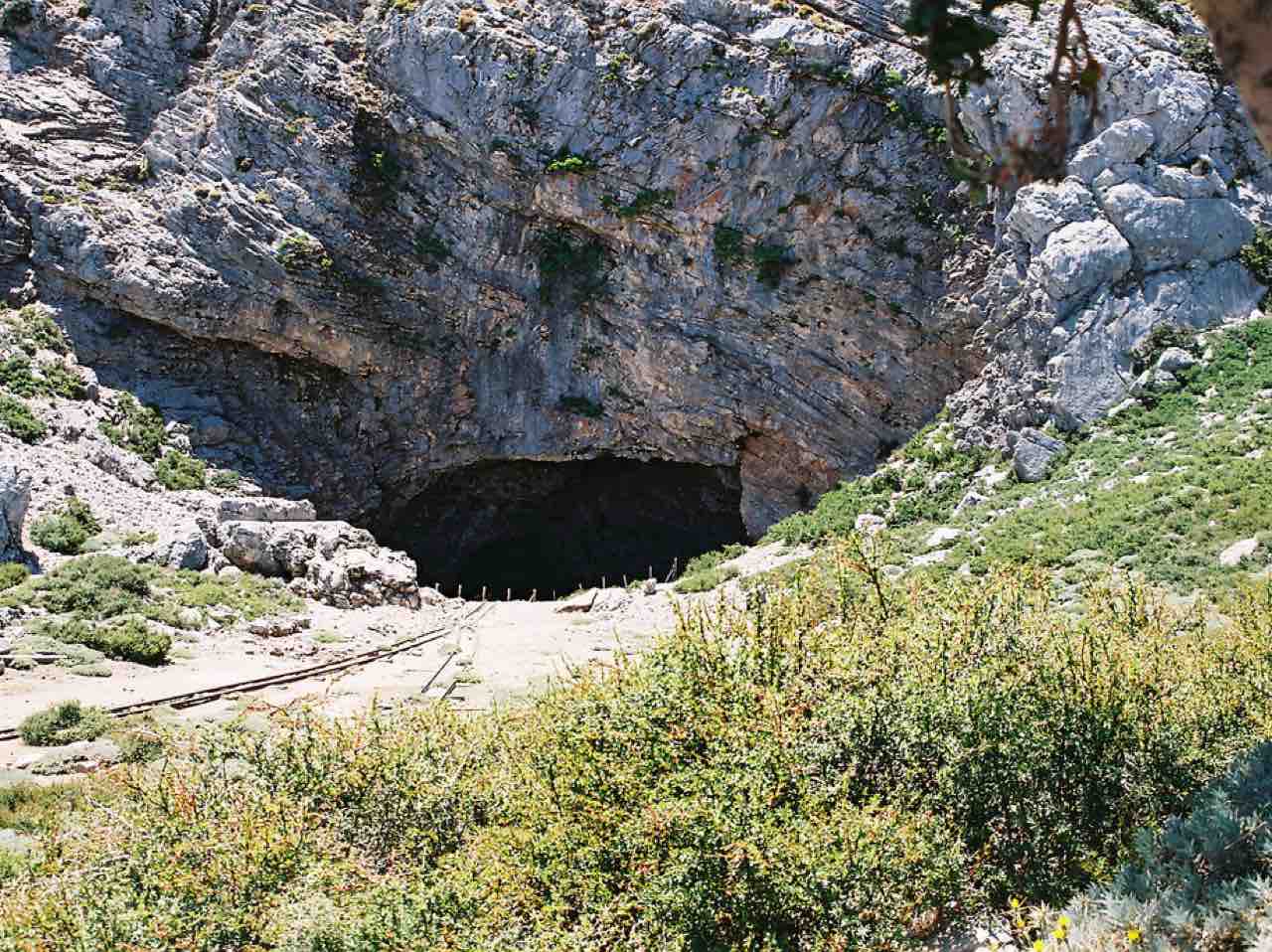 ... Psiloritis Natural Park was included, from its early foundation, at the European Geoparks Network 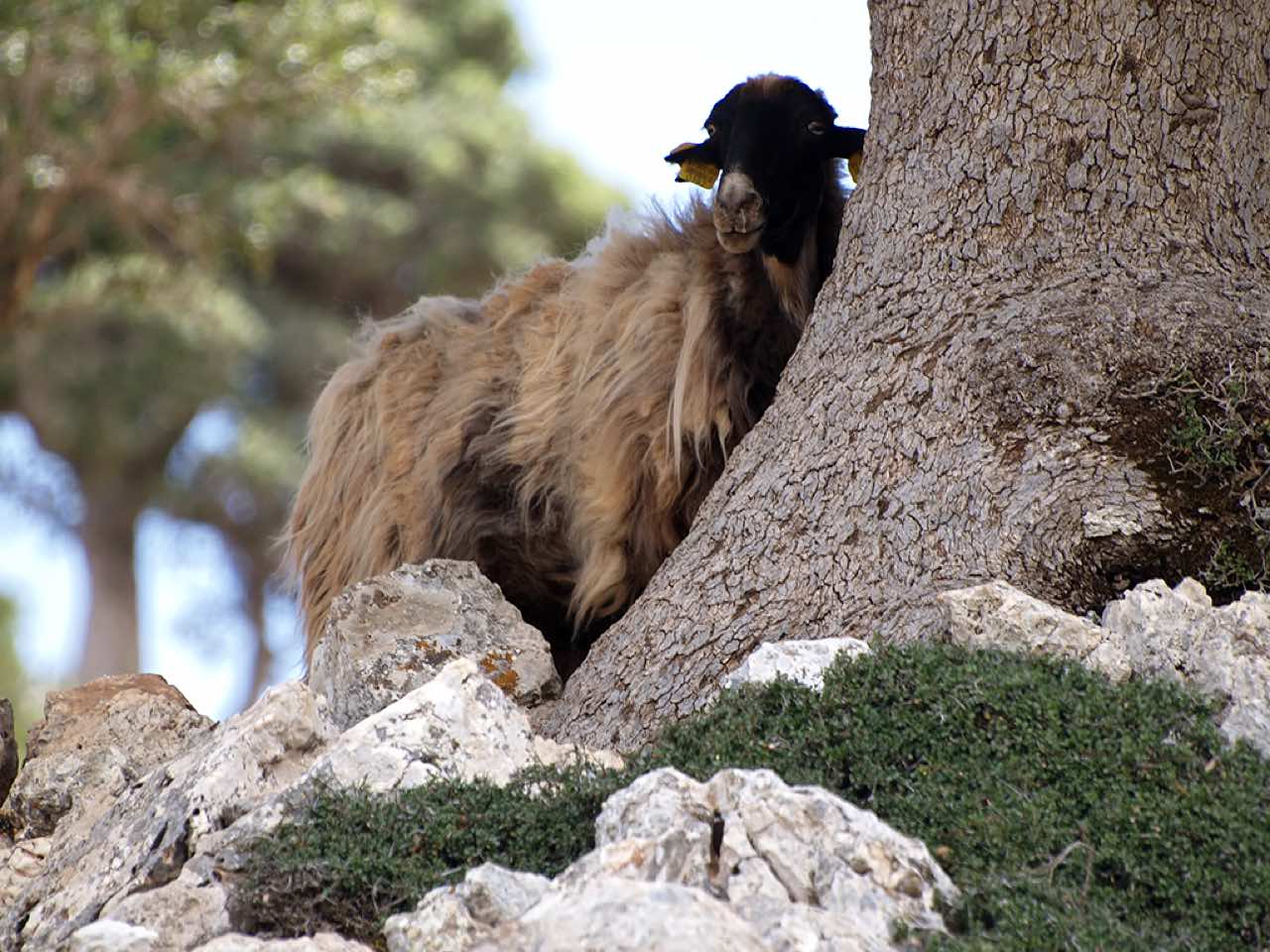 ... and later at the Global Geoparks Network by UNESCO 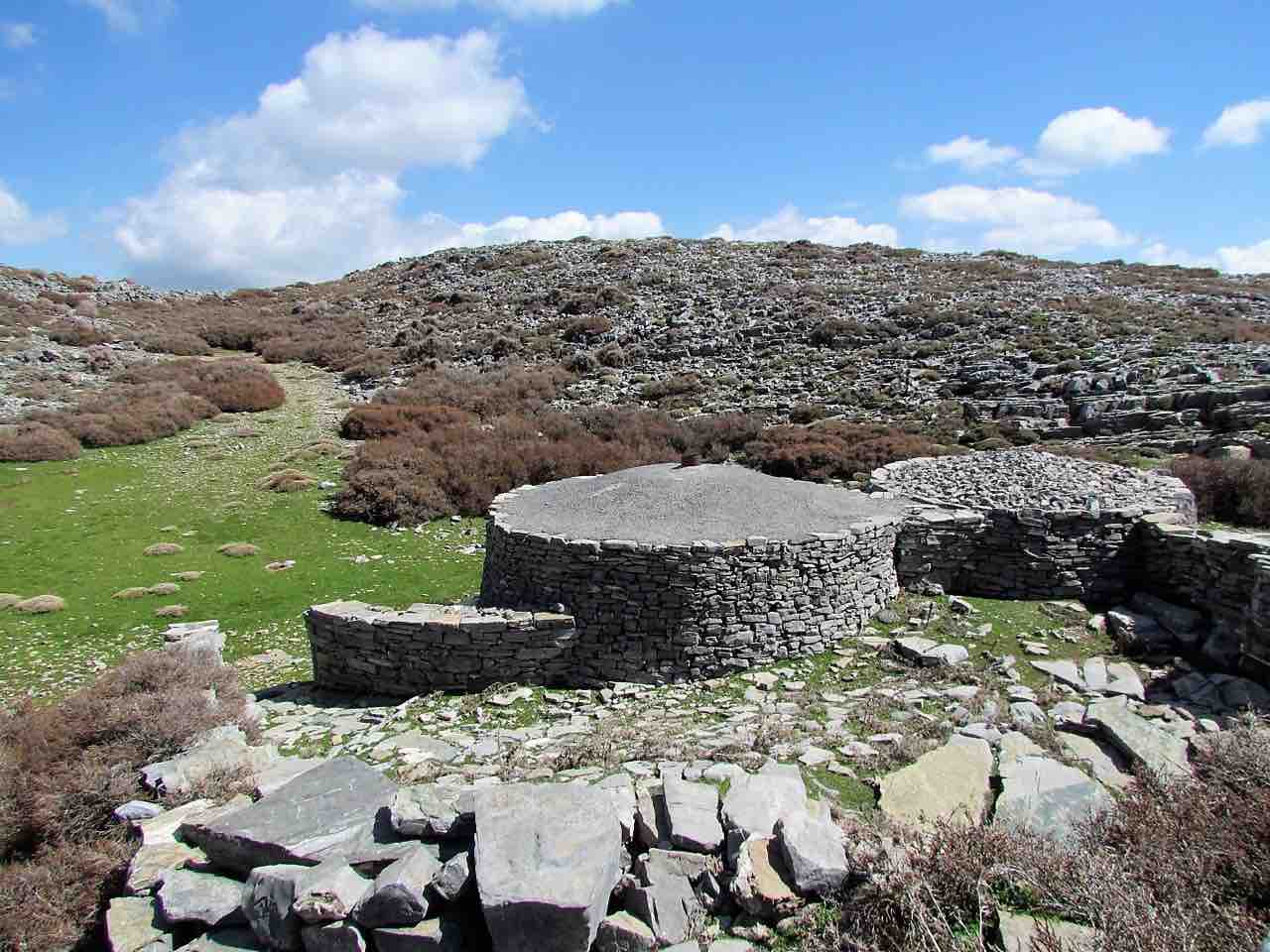 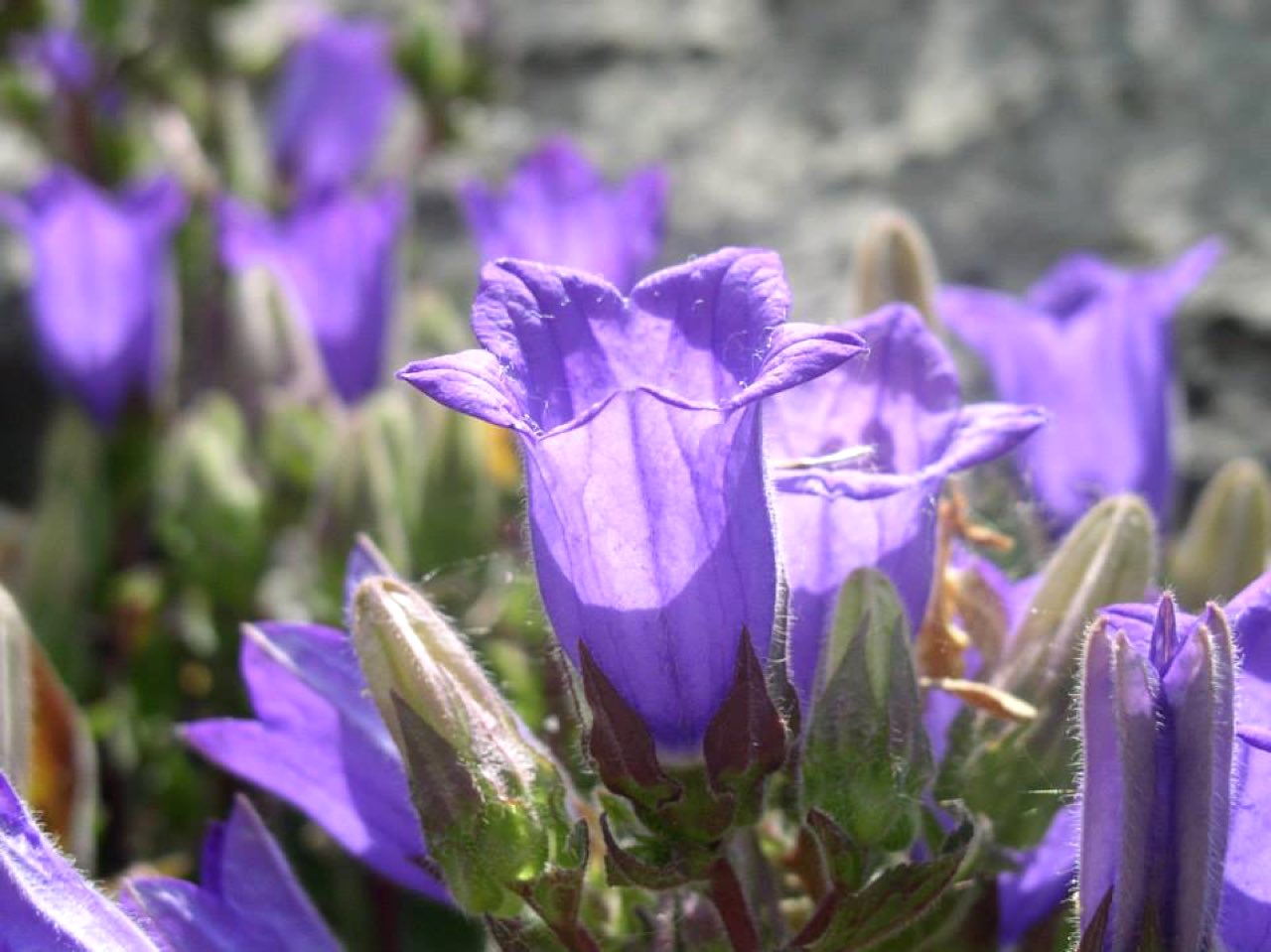 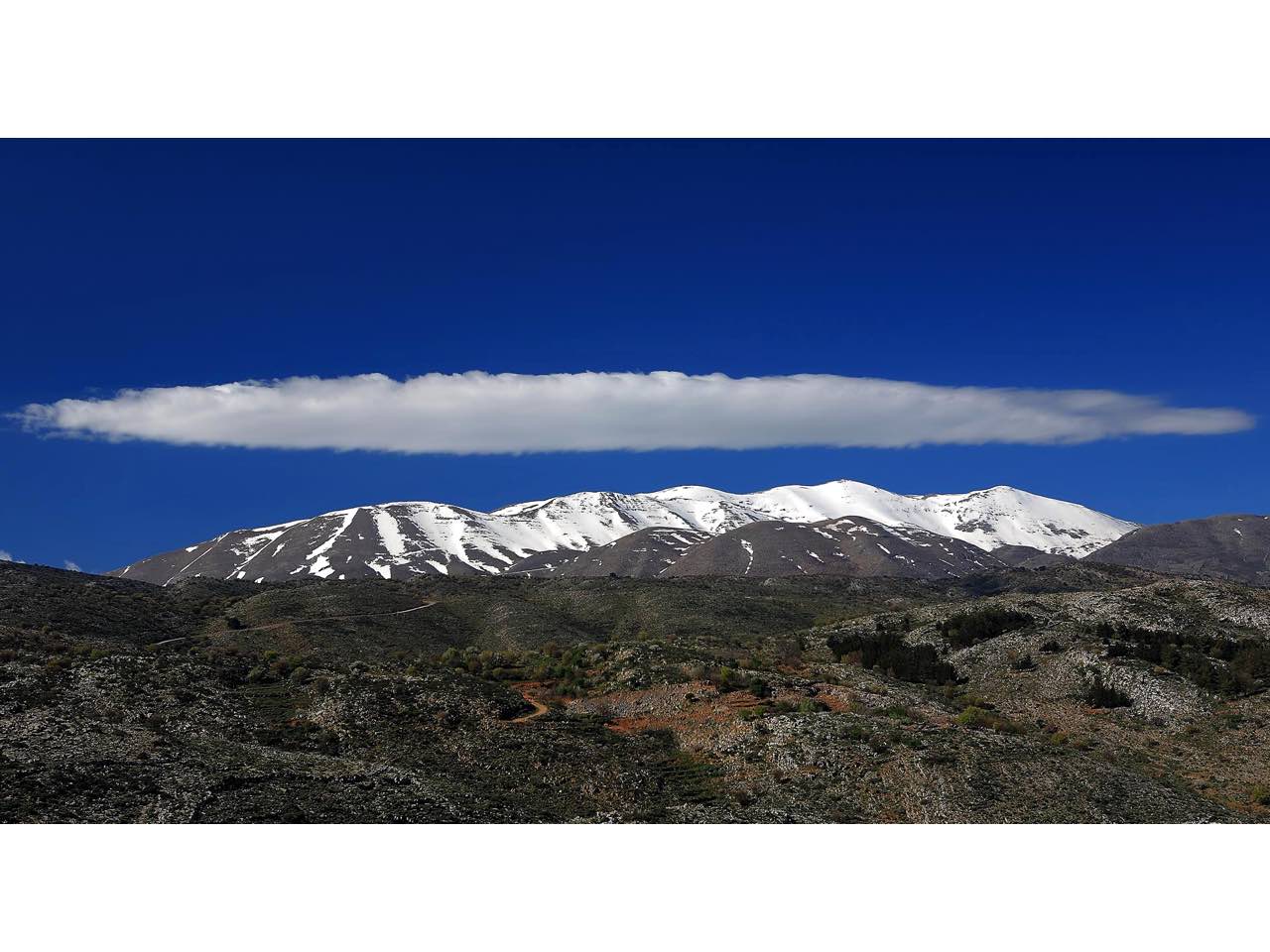 ... and Fauna of the highest mountain of Crete stimulated 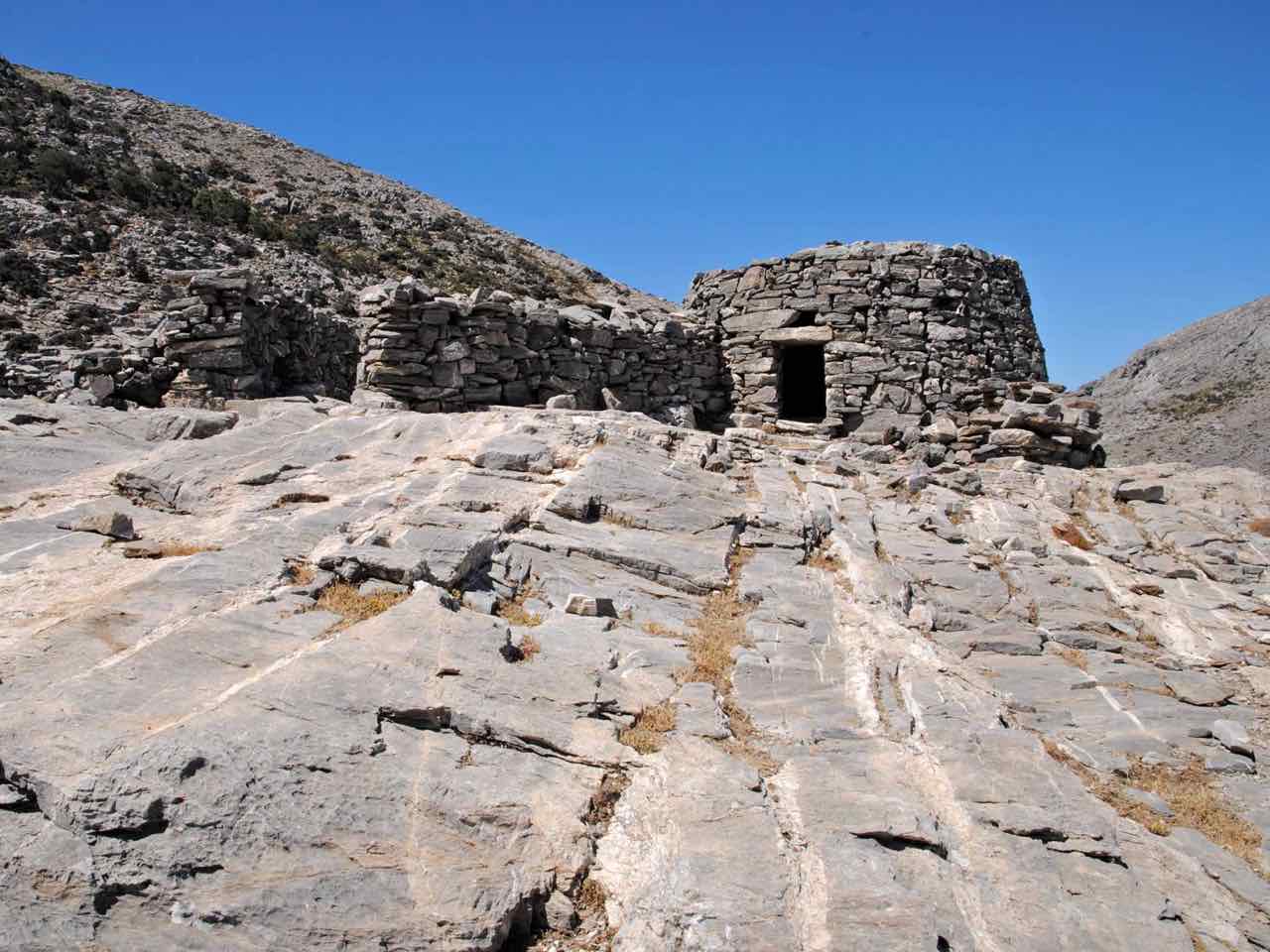 ... some of the first scientific missions in modern times 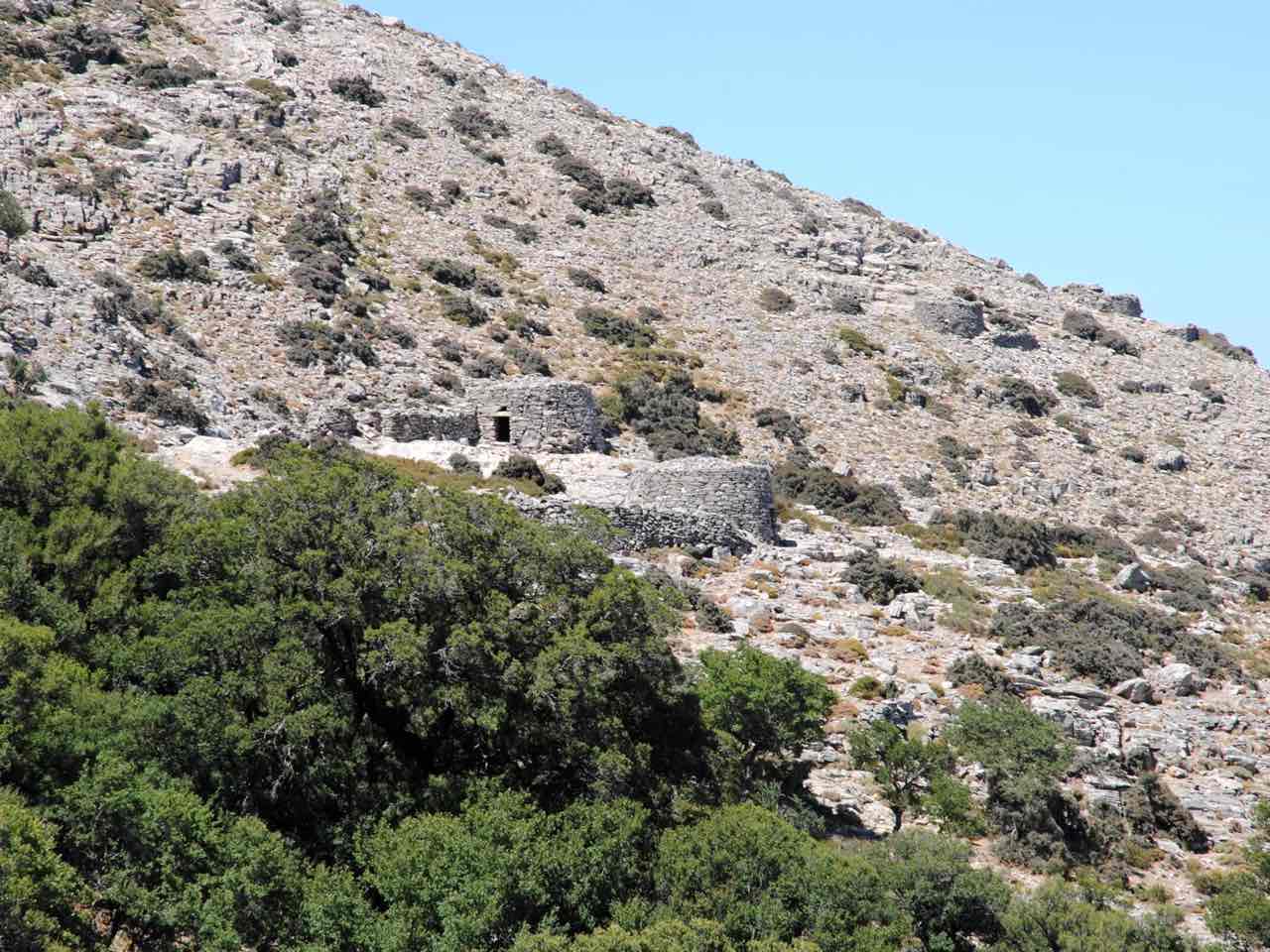 The guided tour emphasizes on aspects of natural and human made environment ... 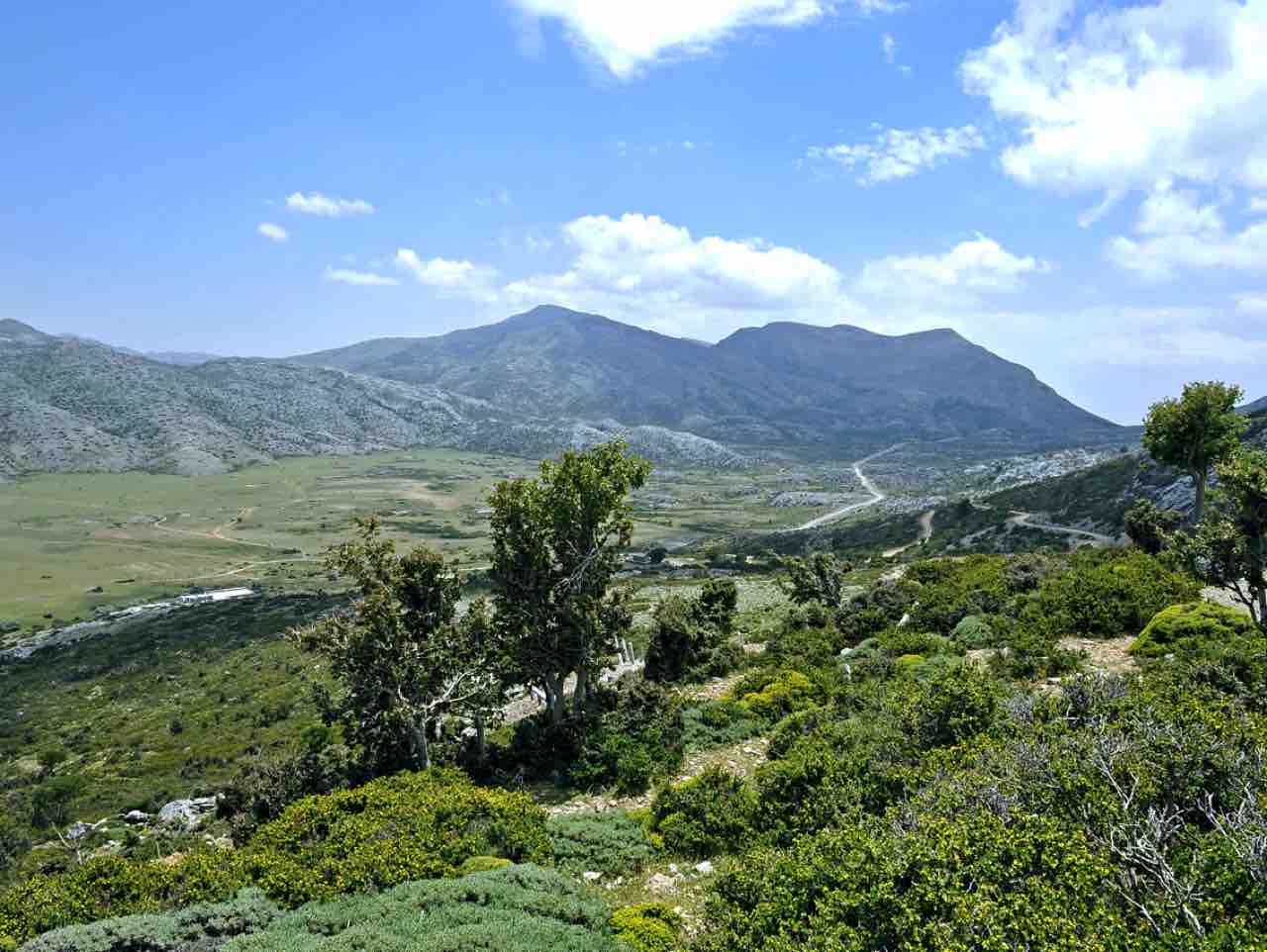 ... in the legendary mountain of the Minoan cult of Zeus

This is a fascinating trekking tour in the highlands of Psiloritis Natural Park - Geopark of UNESCO.

Due to its rich geodiversity, its beautiful scenery, and its history and tradition, Psiloritis Natural Park was included, from its early foundation, at the European Geoparks Network, and later at the Global Geoparks Network by UNESCO.

Psiloritis Mountains rose up through the sea a few million years ago when the African continent encroached on Europe. The surrounding Talaia Ori Mountains that extend till the northern coast and the valleys of Mylopotamos, Messara and Amari are all included within its boundaries.

The subalpine zone to the north of Psiloritis central ridge is the highest in altitude archaeological park of Crete, comprising some of the most notable excavated ancient sites of the island, as Idaeon Antron Cave - Zominthos.

The geological importance of the area is also outstanding and relevant to the nomination of Psiloritis as Geopark, a member of Global Geoparks Network by UNESCO. The Flora and Fauna of the highest mountain of Crete stimulated some of the first scientific missions in modern times.

- Initially, we pay a visit to Psiloritis Geopark Information Center in Anogeia.
- Then, we drive southwards to Zominthos and from there on we begin our hiking journey to the north face of Psiloritis central ridge.
- The guided tour emphasizes aspects of the natural and human-made environment in the legendary mountain of the Minoan cult of Zeus.
- We will walk over parts of the E4 European Path and other traditional paths used by shepherds.

- The hiking route features the distinct geological characteristics, typical of the rocky terrain of the Psiloritis Geopark. Caves, sinkholes, rock shelters, dolines, underground rivers and karstic formations, deep gorges, plateaus, superficial fault zones, vertical cliffs, and successive geological layers of a different color, are some of the elements found in the sparsely wooded subalpine zone just below the highest ridge in the island, with five, visible from afar, recognizable peaks, amongst which the highest of the island at 2.456 m. Psiloritis serves as the main water tower of central Crete, storing and channeling huge amounts of winter rainfalls and snowfalls into springs and fountains through its complicated underground network of eroded limestone, from its peak to altitude 0.

- Zominthos & Ideon Andron Cave were sites inside a systematically visited region, part of the Minoan religious system, related to the cult of Zeus until the Roman times. The Minoan mansion of Zominthos was the most important Minoan economic center of the area and was probably serving as a stop for the pilgrimages to the sacred Ideon Cave and for coordinating the stockbreeding of Psiloritis. These two characteristics - namely the sanctity and the stockbreeding importance of the place - are also distinguishable in the original myth about Zeus' upbringing in Ideon Antron Cave. Cults on the upper part of Psiloritis never disappeared, but they were never of the same importance from Christian times onwards. Both Ideon Andron and Zominthos are included in the most important archaeological discoveries of all times in Crete.

- The contemporary human environment is not absent from Psiloritis' subalpine & alpine zone. Remarkable structures using the dry-stone corbelling building system are still used for constructing circular stone huts (mitata, Pl.), which are essential for the stock breeding economy during summer. The same method has been used recently in order to build the church of Agios Iakinthos (St. Hyacinth), very close to Zominthos site, which is known for its annual summer festival. One of the most profound applications of this primitive technique can be seen in Minoan domed tombs where, again, no binding material was used for building the walls.

- The highlands on the north face of the central mountainous ridge of Psiloritis - between them the outstanding Nida plateau - serve as habitat for a rapidly developing forest with the Maple (Acer sempervirens), the Kermes Oaktree (Querqus coccifera), and the Hawthorn (Crataegus monogyna) being the dominant tree species. Sparse woodland is successed by grazed mountain meadows or - more often - by shrubland and brushwood, where Berberis cretica and other rare and often endemic species of Crocus and Tulip thrive. Grazing seems to play a crucial role in the process of forestation from the level of bushy vegetation. Among the most important species of fauna on Psiloritis mountain are the Cretan Wildcat (Felix silvestris cretensis), the Lammergeier (Gypaetus barbatus), and the Griffon Vulture (Gyps fulvus).

- Starting from 50 euros p.p. in a group of 12 pax.
- Note: THIS TRIP IS A PRIVATE EXCURSION.
- Children are allowed to participate over the age of 12, given that they have experience in trekking.
- Children 12-15 years old 15 % discount.
- Discount is not valid if the participants are only 2.

- Experienced mountain guide
- Visit at the Information Center of Psiloritis Geopark
- Personal accident insurance, powered by Lloyd's Insurance company
- Excursion booklet
- Transfer from the end of the path back to the vehicle
- First Aid kit
- Walking poles (on request, depending on availability)
- Light lunch in nature
- Water (1 lt)
- Third-Party Liability
- All Taxes

Greek, English
Note: For other languages, the possibility to have a translator, with a supplement.

- Suitable for ages over 12 years old (experience required)
- Necessary personal equipment: Hiking shoes or good quality athletic shoes, Swimming costume, Thick socks, Hat, Water, Backpack, Trekking poles (available upon request at the minimum possible extra charge).
- PLEASE INFORM US of any dietary needs/particularities you might have (allergies, intolerances) or other health issues we have to take into consideration. Many thanks. 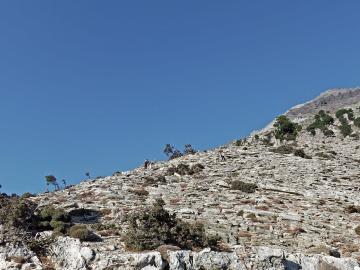 Hiking on the east side of mount.. 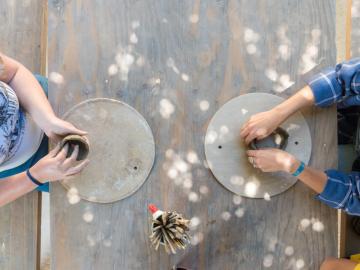 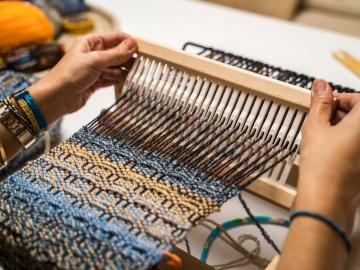 Weaving Workshops For Beginners In Crete

Weaving workshops for geginners in.. 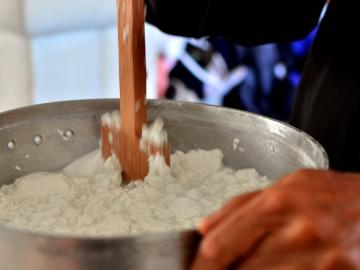 Amalthia-Making Cretan Cheese In The..

Amalthia-Making Cretan Cheese in the.. 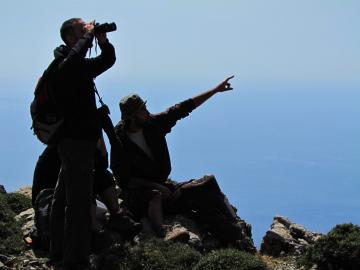 Trekking & Bird Watching At The..

Trekking & Bird Watching At The.. 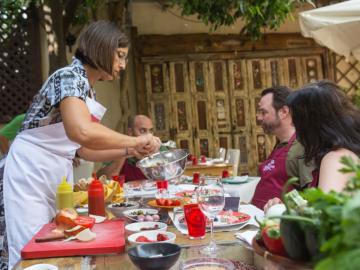 Cooking Lessons In Rethymno - An..

Cooking Lessons In Rethymno - An..